Elad Canada is moving ahead with plans to transform its Lansing Square office development in North York into a master-planned community similar to its existing Emerald City and upcoming Galleria project in Toronto. 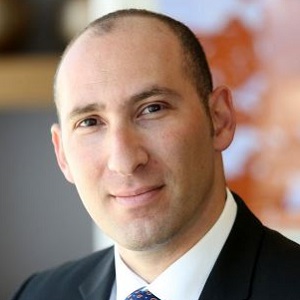 “We just want to duplicate the success” of nearby Emerald City, says Elad Canada CEO Rafael Lazer. “For us, it’s a huge opportunity.”

Currently home to four office buildings with about 437,000 square feet of space, the development at the 15-acre site at Victoria Park and Sheppard Avenues will include “everything we do in our master-planned communities,” including condo towers, a retail component and a park.

Elad hopes to submit redevelopment plans to the city early next year.

Plans call for the 12- and eight-storey office buildings at 2 Lansing Square and 2550 Victoria Park Avenue buildings to remain and to be improved. However, two low-rise, two-storey buildings at 4 and 6 Lansing Square – dubbed the “propeller buildings” because of their shapes – would be demolished and replaced with “higher-level” offices.

“We do very well in North York,” which is also home to the Emerald City planned development, Lazer says.  “We consider it to be our turf.”

Lazer said construction at the $1 billion-plus Galleria redevelopment at Dufferin and Dupont Streets in Toronto should begin by the end of 2019 or early 2020. Sales will begin in the spring and preliminary work on the mall will start next year.

Zoning for the nearly 2.6-million-square-foot site was approved unanimously by Toronto city council earlier this year.

The rezoning process “was done in a very unique way which we are actually very proud of,” Lazer says. Elad Canada had extensive collaboration with the city, community groups and the public. A consultation process resulted in lower heights for some buildings and more public areas.

The development should take 10 years to build.

“At the end of the day, we came to a plan I can confidently say made everybody happy.”

Galleria will contain 2,896 units of which 150 will be affordable rental units. The remaining units are planned to be condos.

Current services “that the community relies on” –  including a bank, pet store and pharmacy – will remain open  throughout construction.

The development will be family-oriented, with more than 50 per cent of the units having two bedrooms or more.

“It’s not a luxury product but it’s going to be providing a lot of amenities and a lot of finishing levels that will be very desirable,” Lazer says. “It’s not going to be a place for the rich people to live.”

The community centre and affordable units will be built during the first phase of the five phase project. “We’re not waiting until the end to give what we’re obligated to give.”

Galleria will be similar in size and scope to the huge Emerald City development on Sheppard Avenue East, which will house 2,958 housing units, 95 per cent of which are sold. “It’s pretty much become our expertise, our niche. We build master planned communities. We build neighbourhoods,” Lazer says.

Lumina, the last building to be marketed at Emerald City, will include 245 units in its 13-storeys and remaining inventory is priced at $850 to $900 per square foot. About half of Emerald City has been delivered and it should be completed by the end of 2021.

“This is one of those projects that you wish you could build more and more. It’s been such a meaningful part of our lives, of our company for the last 10 years,” Lazer says. “We probably saved the best for last, but they’re all my sons.”

In Montreal, Elad has completed three of eight planned buildings at the Cité Nature residential development near the Olympic Village in the East End. To date, 470 condo units have been built with the vast majority sold. The remainder – close to 800 units – could be built as condos, rental apartments or a mix of both.

People say the GTA is where the focus should be because it’s “where the numbers are, but there’s a certain character in Montreal that we are attracted to. So we’re very happy to continue our operations there as well.”

Lazer adds the agreement last month by an affiliate of its parent company El-Ad Group to acquire Agellan Commercial REIT (ACR-UN-T) is based on an appreciation of its assets, the “value that is embedded in them and obviously the strength of the team there.”

He says the GTA will remain Elad Canada’s main focus with Montreal as a secondary market. “There’s so much potential in both of those markets,” he says. “We feel we can sustain and grow within those areas without embarking on new adventures.”

Adds Lazer: “To be a successful developer, you have to have mud in your boots. You need to be there and we go there. We see and we feel and we have dirty shoes.”